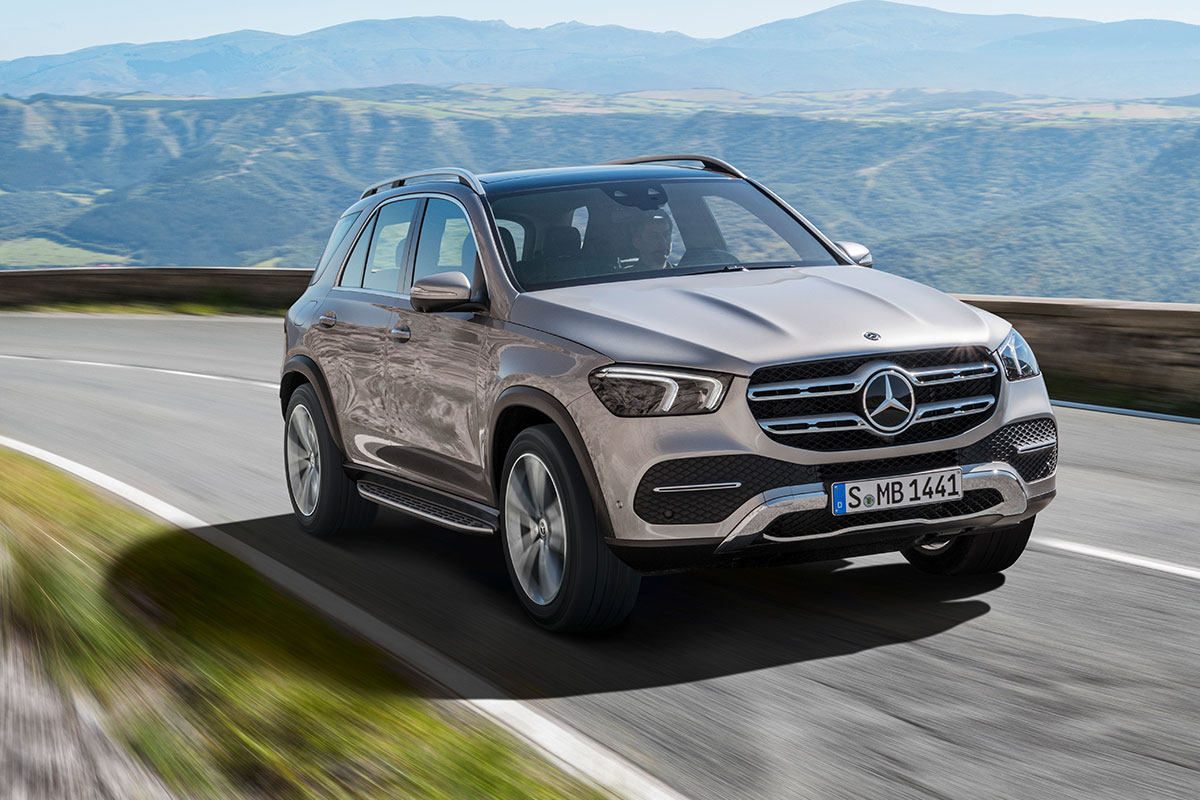 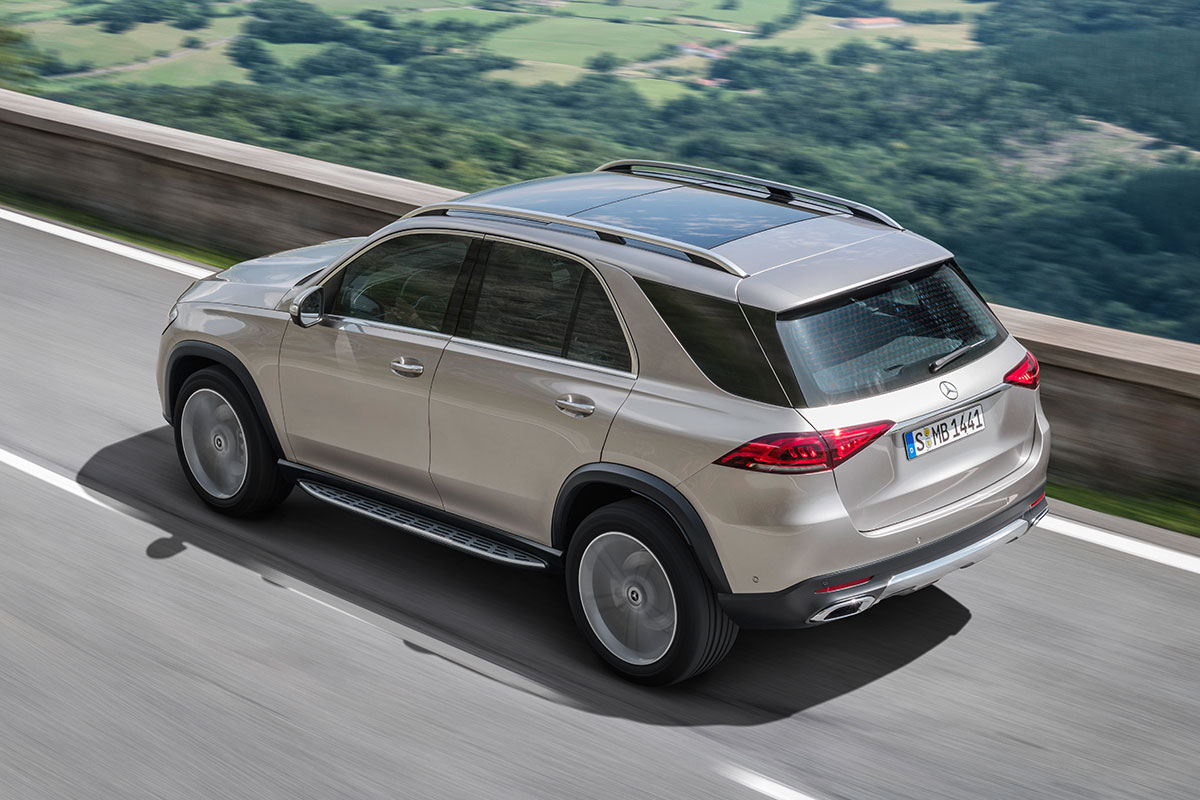 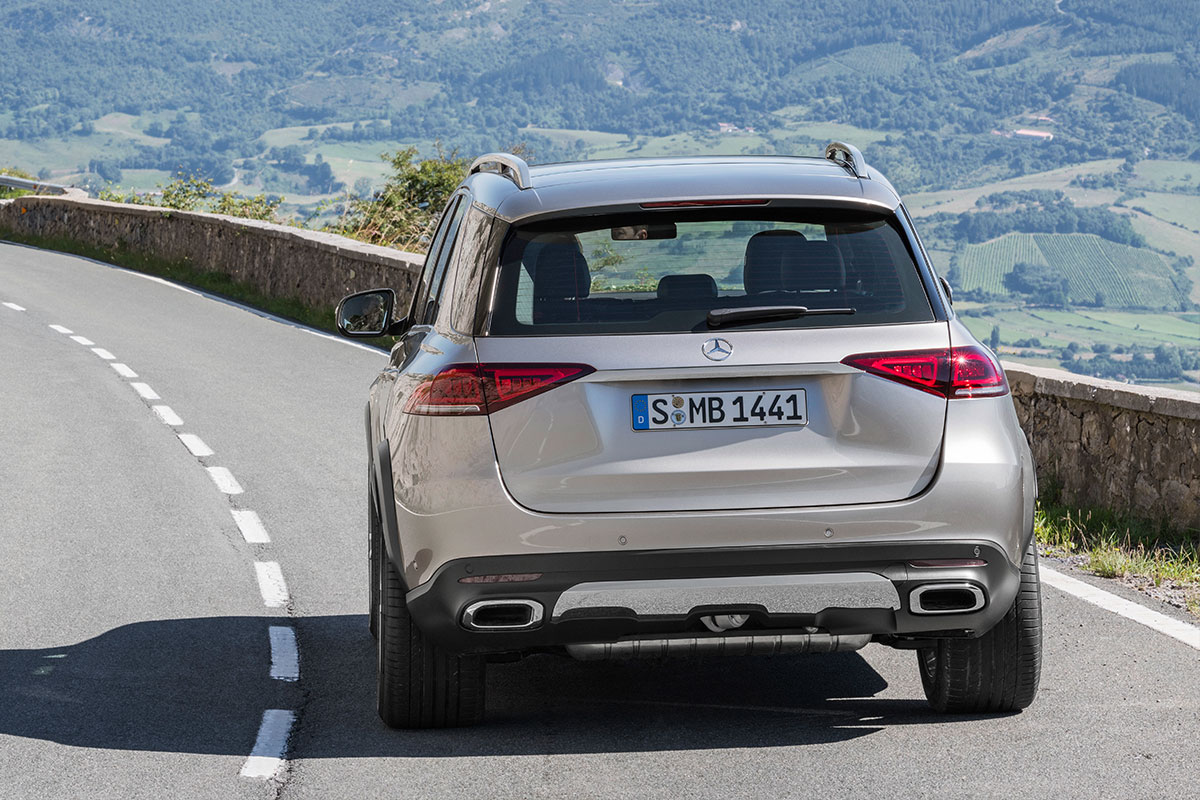 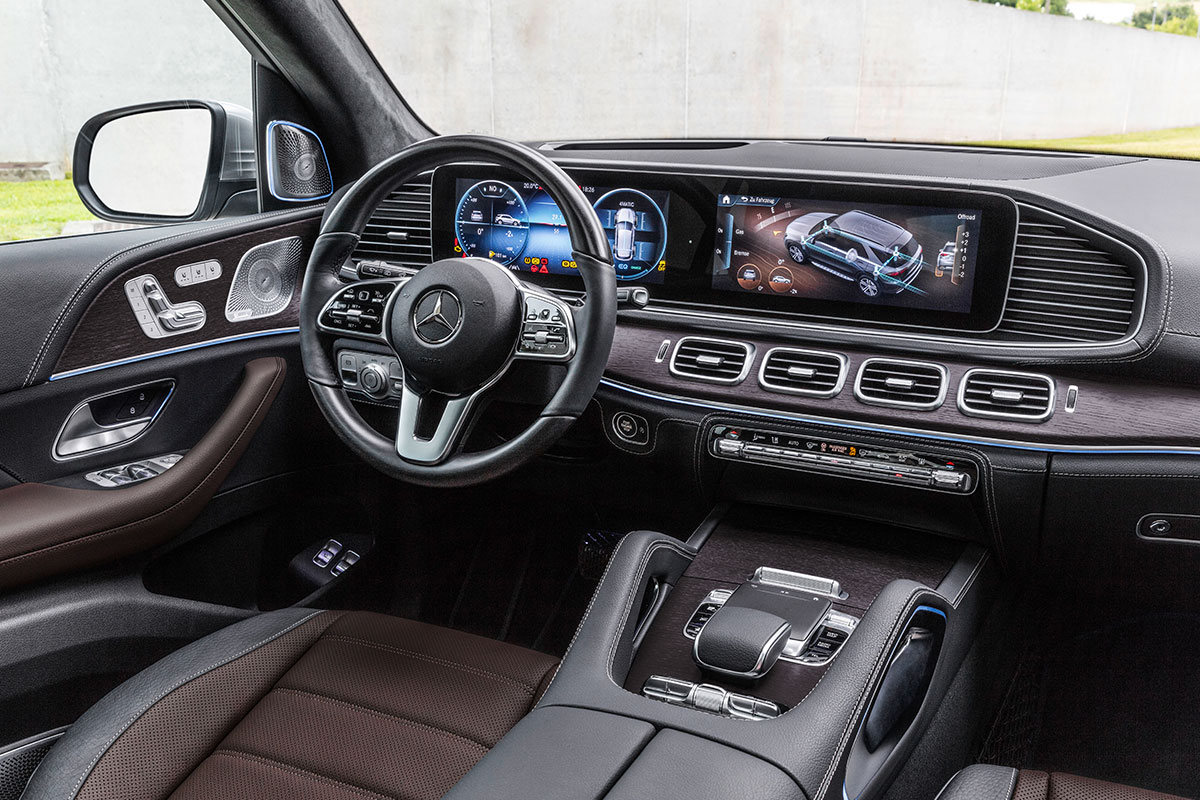 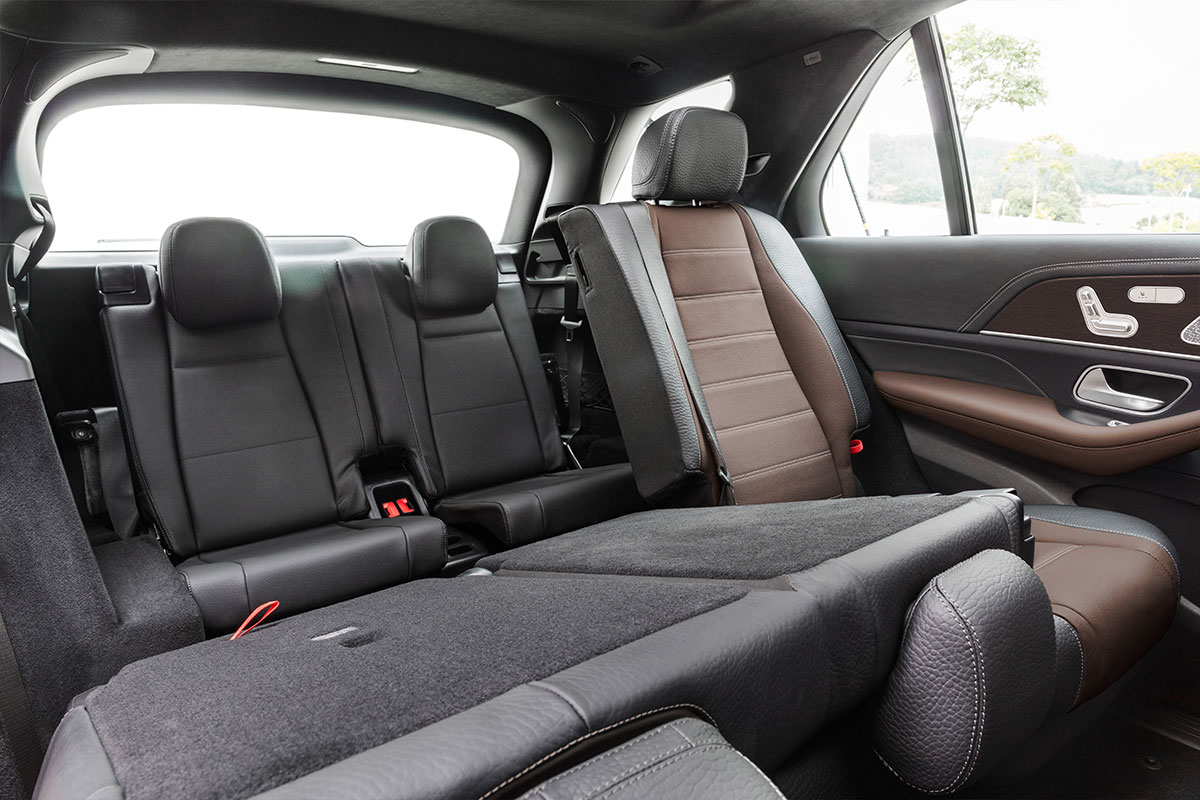 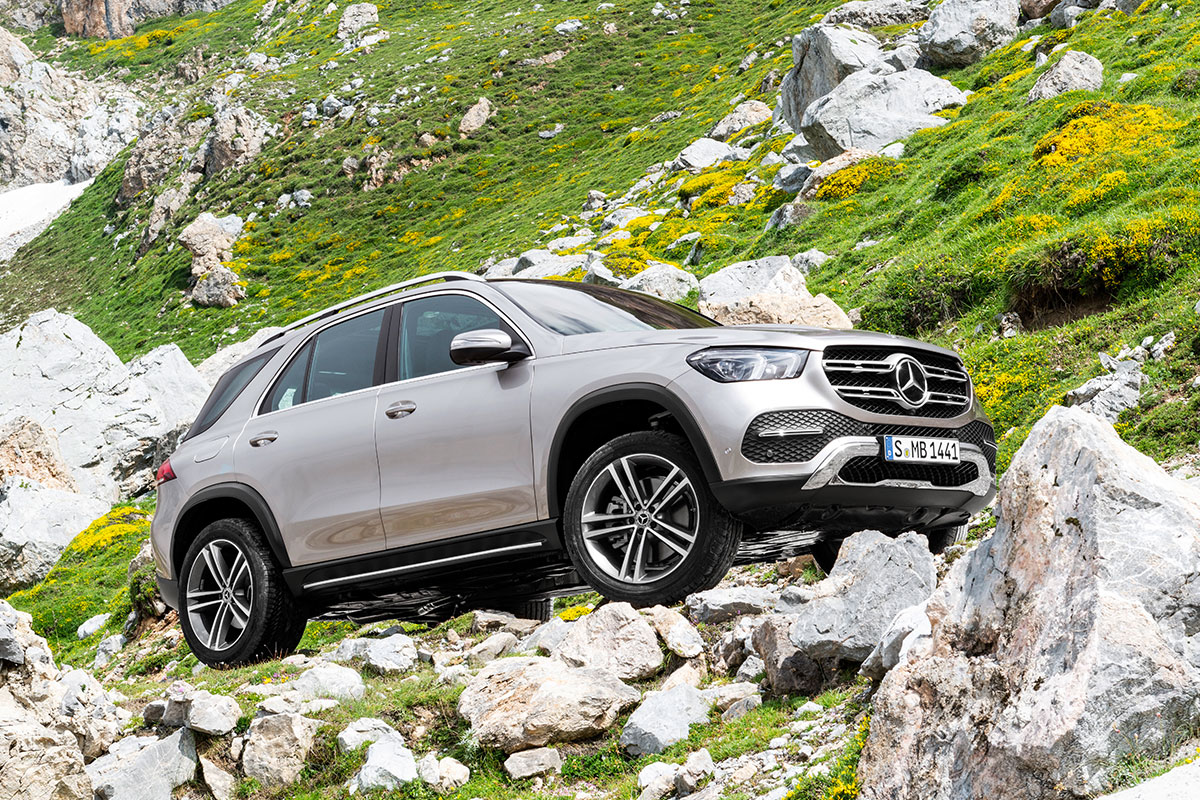 The new Mercedes-Benz GLE has a wealth of innovations. The active suspension system E-ACTIVE BODY CONTROL on a 48‑volt basis is a world first, while the driving assistance systems take another step forward with Active Stop-and-Go Assist. The interior is even more spacious and comfortable - a third seat row is available on request. The infotainment system has larger screens, a full-colour head-up display with a resolution of 720 x 240 pixels and the MBUX Interior Assistant, which can recognise hand and arm movements and supports operating intentions.

Trailer Manoeuvring Assist can be intuitively operated via the multimedia system MBUX – Mercedes-Benz User Experience: the driver only needs to select the required manoeuvre via the media display or the touchpad in the centre console (direction indicated by entering the desired articulation angle or by selecting the function Pull straight). the manoeuvre can then be monitored from different camera angles. Dynamic guiding lines show the trajectory, vehicle width and distance from recognised objects.
E-ACTIVE Body Control: The 48V suspension
Even better ride comfort and agility plus completely new functions such as free-driving mode are provided by the optional E-ACTIVE BODY CONTROL suspension, which is now combined with the newly developed AIRMATIC air suspension. This is the only system on the market where the spring and damping forces can be individually controlled at each wheel. This means that it not only counteracts body roll, but also pitching and squat. Together with ROAD SURFACE SCAN and the curve inclination function CURVE, E-ACTIVE BODY CONTROL makes an extraordinary level of comfort possible and supports the claim of Mercedes-Benz to build the worlds most intelligent SUV suspension.
E-ACTIVE BODY CONTROL has a 48-volt electrical system and is available as optional equipment for engine variants with 6 and more cylinders. On poor road surfaces the system is even able to recoup energy, roughly halving the energy requirement compared to the preceding system in the S-Class. The hydropneumatics generate dynamic forces that overlay the air suspension forces and actively support and dampen the vehicle body, for example, during linear and lateral acceleration or when driving on uneven roads.
Free-driving mode is a completely new off-road function: if the GLE becomes bogged down in a sand dune or in many such situations, for example, it can help to free the vehicle more easily. If possible the suspension level is automatically raised and lowered several times, which changes the ground pressure of the tyres and therefore improves traction – the GLE rocks itself free. Individual wheel actuation is another new function for off-road driving. This allows the level at each wheel to be individually adjusted via the touchscreen of the media display, thus improving the vehicles attitude on rough terrain when, for example, one wheel is stuck in a ditch or a wheel spring is fully contracted.
E-ACTIVE BODY CONTROL in the GLE also has the curve inclination function CURVE: Like a motorcycle, the GLE leans into bends and thereby allows cornering in three stages with practically no centrifugal force. If the GLE is equipped with a stereo multipurpose camera, ROAD SURFACE SCAN becomes possible: the camera continuously scans the road surface, the suspension responds in advance of any undulations and the vehicle driving over them, and they are substantially compensated.
In addition to E-ACTIVE BODY CONTROL, a likewise newly developed steel suspension and a newly developed AIRMATIC suspension with the Adaptive Damping System Plus (ADS+) are available.

Tell your friends about "The All-New Mercedes-Benz GLE"